Sooraj Barjatya’s Uunchai achieved a rare feat at the box office on Monday by earning more than what it did on its opening day. After scoring Rs. 1.81 crores on Friday, the film saw a hike in numbers on Monday as it amassed Rs. 1.88 crores, which is a 3.87% hike. 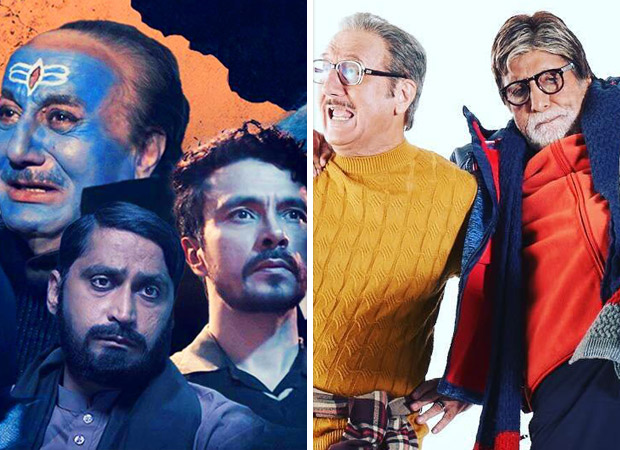 For those not in the know, generally movies go through a fall in numbers on Monday as compared to what they earn on their opening day. That’s the reason why the first Monday is often funnily referred to as ‘Khooni Monday.’
Uunchai, which stars Amitabh Bachchan, Anupam Kher, Boman Irani and Parineeti Chopra, has succeeded in doing this because of the positive word-of-mouth and reviews.
The producers Rajshri Productions also used an old strategy of releasing the film only in a limited number of screens (483) on Friday and gradually increased them from the second day onwards with the increase in demand. This is also a major reason for the film’s good performance on its first Monday.
The only other original Hindi films to achieve a similar feat in 2022 include The Kashmir Files, Khuda Hafiz: Chapter II – Agni Pariksha, Badhaai Do, Laal Singh Chaddha and the Hindi version of Rocketry: The Nambi Effect.
Vivek Ranjan Agnihotri’s The Kashmir Files holds the number one position in the list by a huge margin. The Anupam Kher, Mithun Chakraborty, Darshan Kumaar, Pallavi Joshi and Chinmay Mandlekar-starrer opened at a decent Rs. 3.55 crore. But the film’s numbers saw a humongous jump on its first Monday as it collected Rs. 15.05 crore. It’s a staggering growth of 323%. In fact, this is an all-time record for a first Monday.
The Aamir Khan and Kareena Kapoor Khan-starrer Laal Singh Chaddha is the surprise entry in the list since the film turned out to be a disaster at the box office. The official remake of the Hollywood classic Forrest Gump saw a 8.4% gain on its first Monday (Rs 7.87 crore) as compared to its opening figure of Rs 7.26 crore. However, the Monday jump wasn’t organic since it was a big Independence Day holiday.
Similarly, Khuda Haafiz: Chapter II – Agnipariksha has acquired the second place in the 2022 list because of the same reason. Starring Vidyut Jammwal in the lead, the movie opened at Rs 1.31 crores on Friday. It saw a hike in numbers on Monday as it made Rs 1.70 crore simply because it was a national holiday for the festival of Eid-ul-Azha.
The Rajkummar Rao and Bhumi Pednekar-starrer Badhaai Do also had a hike in numbers on Monday (Rs 1.85 crores) than its Friday number of Rs 1.65 crores because of Valentine’s Day. Although it’s not a big festival in India, the day is celebrated by a section of the audience in the country.
The gain of 4.8% for R Madhavan’s Rocketry on its first Monday is attributed to the positive response for its content.
However out of the six films achieving this feat in 2022, only The Kashmir Files and Uunchai have proved to be successful with the latter still having a long way to go before completing its box office journey. Interestingly, Anupam Kher plays a pivotal role in both the movies.
Not a single Hindi movie achieved this feat in the last two years largely because cinema halls were shut for a substantial period because of the COVID-19 pandemic.

Skip this step for now