After years of staying away, Maruti Suzuki is now desperate for electric mobility play – Forbes India

Manu Balachandran is a writer for Forbes India, based in Bengaluru. At Forbes India, Manu writes on automobiles, aviation, pharmaceuticals, banking, infrastructure, economy and long profiles among many others. He also moderates many of Forbes India’s CEO and CXO events and hosts Capital Ideas, a podcast on the most riveting success stories from the business world. He has previously worked with Quartz, The Economic Times and Business Standard in Mumbai and New Delhi. Manu has a master’s degree in journalism from Cardiff University and a degree in economics from the Loyola College. When not chasing stories, he is most likely obsessing over Formula 1 (Read: Lewis Hamilton), historical events and people, or planning long weekend drives from Bengaluru 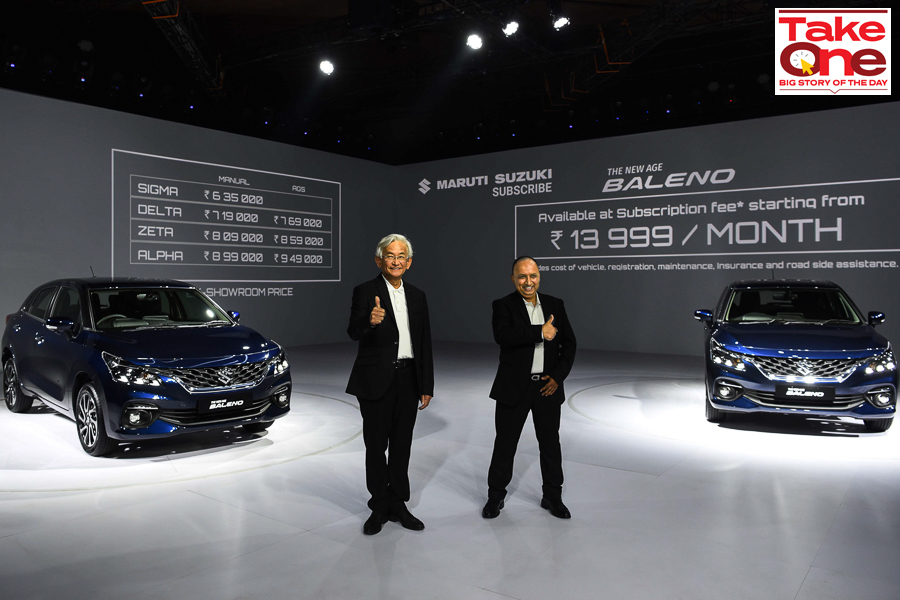 For a very long time, Maruti Suzuki had been cautious about its electric vehicle plans.

Even as rivals such as Tata Motors and Mahindra announced their intention to focus on electric vehicles, and made significant foray into the segment, India’s largest carmaker had maintained a stoic silence over its electric vehicle play. That is perhaps why, rival Tata Motors today control about 75 percent of India’s electric car market, even as Maruti Suzuki remains India’s largest carmaker.

All that could possibly change soon. On March 19, the Gurugram-headquartered carmaker finally announced that it will spend a staggering Rs10,000 crore toward its electric car play, with plans to launch its electric vehicles in three years.

Under the new plan, Suzuki Motor Corporation’s wholly-owned company Suzuki Motor Gujarat Pvt Ltd (SMG) will invest Rs7,300 crore for the construction of a battery plant near SMG’s automobile manufacturing unit by 2026. SMG will invest another Rs3,100 crore for ramping up production capacity for electric vehicles by 2025. The company is expected to launch its first electric vehicle by 2025.

The move assumes significance, especially since the carmaker has also been struggling for a few years in retaining its dominance largely as a result of missing the bus when it comes to foraying into India’s fast growing SUV segment. Through the course of the ongoing financial year, Maruti Suzuki has seen its market share dwindle with the company now accounting for about 43 percent of the market, compared to about 50 percent in recent years. In contrast, the likes of Kia Motors and Tata Motors have significantly improved their market share.

Maruti’s foray into the electric vehicle play essentially changes its long-standing belief in the Indian electric vehicle segment, that it reckoned was not ready for a disruption, even as the Indian government had been giving a massive push towards electric mobility. India’s electric vehicle (EV) market is expected to have a compound annual growth rate (CAGR) of 90 percent in this decade to touch $150 billion by 2030, according to a report by consulting firm RBSA Advisors.

“For a long time, all eyes were on Maruti Suzuki when it comes to India’s electric vehicle play,” says Puneet Gupta, director for automotive forecasting at market research firm S&P Global Mobility. “And their absence was certainly worrisome for the ecosystem including suppliers. Now that they have given the green light, it will instil confidence in the sector.”

Over the past few years, despite not foraying into electric mobility, Maruti had turned its attention to other greener platforms, including CNG, as part of its diversification plans. Today, the company controls some 82 percent of the domestic CNG market. During the first half of the current financial year, sales of CNG cars totalled some 101,412 units, in comparison to 51,448 units in the year-ago period, indicating a 97 percent growth. CNG-based vehicles provide cheaper running costs, especially since fossil fuel prices have been on the rise in the country. A shortage of refuelling options, meanwhile, has been a deterrent toward mass adoption of these vehicles. Maruti Suzuki’s models such as Alto, S-Presso, Celerio, Wagon R, Dzire, Ertiga, and Eeco have all been equipped with a CNG option.

“The US and Europe are different to India,” RC Bhargava, chairman of India’s largest car manufacturer, Maruti Suzuki, had told Forbes India earlier. “We cannot assume that if something works so well elsewhere, it will also work in India. India is different in its purchasing power, affordability criteria and overall thinking. All the talk about going electric can work in a rich country. But in a country where people are struggling to make a living, it is a difficult plan.”

Then there were also concerns surrounding the dependence on Lithium, the core component of batteries, where China accounts for more than 60 percent of production. “Unless the chemistry of the battery changes and the costs come down, or you find a material that is not anybody’s monopoly, we cannot talk of electrification in the country,” Bhargava had told Forbes India earlier.“You have an option in hydrogen.” India had also recently launched its National Hydrogen Energy Mission (NHEM) to promote the use of the natural gas.

Check out our Festive offers upto Rs.1000/- off website prices on subscriptions + Gift card worth Rs 500/- from Eatbetterco.com. Click here to know more.
For hassle free instant subscription, just give your number and email id and our customer care agent will get in touch with you
OR
click here to Subscribe Online
Inside ESA's 'parastronaut'—astronauts with a physical disability—project
How 'warming stripes' became the new symbol of global warming
AC Milan is eager to contribute to the growth of Indian football
Photo of the day: The unthinkable
100 to Watch: 11 Indian companies finding solutions to real-world problems
The long and short of it: What makes CEOs decide?
CDBC by the Reserve Bank of India: A blessing in disguise?
Photo of the day: Earthquake devastation
Pepsi is the newest player in the Indian NFT market
Take a stand or sit one out? CEO activism and partisan consumer behavior
First in the States: US DAO to fight SEC without any professional help
Sports fan tokens are in a fresh surge of enthusiasm before the FIFA World Cup
'Black Panther' star Tenoch Huerta fights racism back home in Mexico
Toilet paper to help suicidal youth: Japanese region's unusual approach
Busts will come and busts will go, but startups matter in a thriving economy