Ericka Suarez
Ellie Monday, Columnist
October 2, 2022
Within a year of the electric scooter’s debut on campus in 2018, the University of Texas implemented major parking and safety regulations due to the stream of problems scooters brought to the Forty Acres. Local e-scooter companies Lime, Bird and Jump worked with the University to better enforce these rules. Yet, almost five years later, these vehicles still present a danger to students’ overall well-being, just on the other side of Guadalupe Street.
The City of Austin should work alongside UT to improve student safety on electric scooters by implementing stricter e-scooter regulations in West Campus.
82% of UT students live off-campus, with many of them in or around West Campus. Electric scooters ride freely in this area, despite being known as an unofficial university housing precinct.
According to Longhorn EMS leader Nhat Pham, electric scooter safety has improved on campus, but student injuries continue to happen. Pham takes extra safety precautions when riding electric scooters because of injuries he’s seen while shadowing at Dell Seton Medical Center.
“In my two shifts, I had six patients come in with scooter-related injuries…” Pham said. “(Students) call [West Campus] the ‘Wild West’ for a reason.” 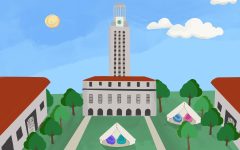 Canopies should be installed along campus walkways 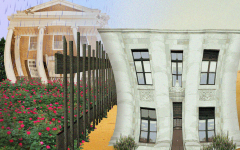 Consider the benefits of Greek life 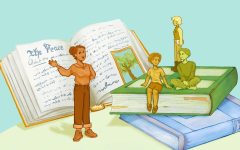 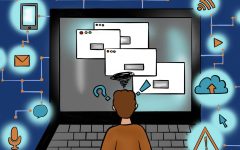 All UT parents should receive the Texas Parents eNewsletter

In a 2019 study, the City of Austin’s public health department found that a third of interviewed riders were injured during their first scooter ride. Freshmen coming outside of Austin, where e-scooters are not as common, may therefore be more prone to injury on their first ride.
Cheap and easy accessibility makes the electric scooter an ideal mode of transportation to class, so UT needs to take appropriate responsibility for its role in the situation. However, the greatest danger to student safety happens when the sun sets.
Cory Kardesch, an urban studies freshman, is a resident of West Campus. He avoids using electric scooters because of bad experiences he witnessed during his first month at UT.
“Firsthand, a friend of mine fell off and hit his arm, but secondhand, a friend of mine saw a girl get hit by a car when she was on one at night,” Kardesch said.
In Austin, electric scooters can reach speeds of up to 20 mph. Each company differs in riding curfews, but most scooters shut off or are removed from the streets by 9 p.m. Still, the culture of college drinking knows no bounds.
“After a night of going out, you know that you probably shouldn’t drive, but you still have the idea in the back of your head. ‘You know what, it’s a scooter. It’s not that bad,’” Pham said. “I understand not wanting to walk home from Sixth Street or wherever you were, but to me, it’s still drunk driving.”
If the University created a “low speed zone” by decreasing the scooter speed limit to 8 mph in West Campus, UT could improve safety while maintaining efficient means of transportation.
According to Austin Transportation spokesman, Jeff Stensland, shared mobility services have proven to be a popular and affordable way for people to get around Austin. Yet, rules for operation continue to be in development.
“Austin Transportation is aware of the vast mobility needs within the West Campus area and works to balance those needs in a host of ways,” Stensland said. “People who come across a device that is not in compliance with city rules are encouraged to report it to Austin 3-1-1, so operators can address the issue and, if they feel the need to, contact the previous user.”
While Austin provides resources in the case of maloperation, the city should work with UT to better ensure the safety of students in areas known for e-scooter misuse.
Monday is a Plan II and Health and Society freshman from Houston, Texas.
Read Next
Official newspaper of The University of Texas at Austin