Delhi News Highlights: Rains continued to lash Delhi for the third consecutive day on Saturday causing traffic snarls at some places in the morning, even as the minimum temperature settled a notch above the normal for the season. The city received 15 mm of rainfall from 8.30 AM on Friday to 8.30 AM Saturday, according to data shared by the India Meteorological Department (IMD). Incessant rains had pounded the national capital on Thursday causing waterlogging across a wide swathe of the city, leading to crawling of traffic.
Meanwhile, a fire broke out in a shoe factory in the Narela Industrial area this morning, the Delhi Fire Service said. A call had been received around 8.34 a.m regarding the fire, which had broken out the MSC mall. Visuals from the site show thick smoke obscuring the front of the burning building, while DFS personnel extend hoses within. The DFS said that ten fire tenders had been rushed to the spot, with no injuries or deaths reported so far. According to DFS chief Atul Garg, ” The fire has been brought under control. The cramped conditions in the area make it hard to navigate, although it is not as bad as Old Delhi. The area also does not have much water supply.”
The District administration of the Gautam Buddh Nagar district declared Thursday that school for classes I to VIII will remain shut on Friday because of the heavy rainfall. In Gurgaon, meanwhile, all private education institutions have been advised to remain shut. While no advisory was issued, Gurgaon bore the brunt of water logging in the Delhi-NCR region. Several parts of the NH 48, especially the low lying areas were waterlogged. 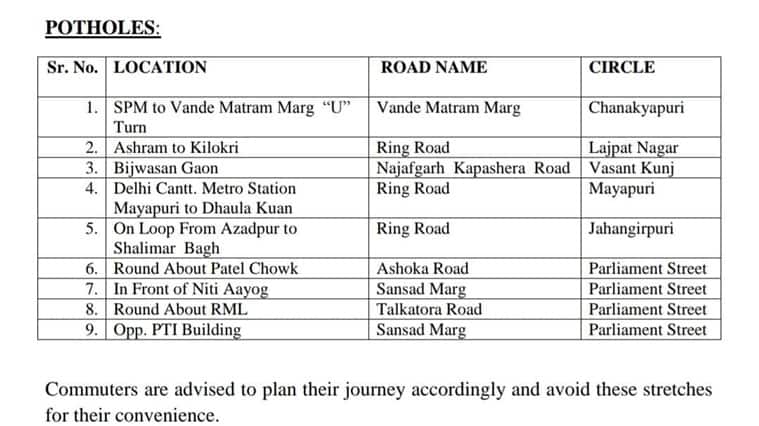 A Delhi court Saturday said it was satisfied with the explanation that businessman Robert Vadra, husband of Congress leader Priyanka Gandhi, did not intentionally omit details pertaining to his medical emergency stop in Dubai, and issued a warning to be careful in the future. On September 20, the court refused to accept an explanation offered by Vadra — that he stayed in Dubai for a medical emergency in August this year — and issued a showcause notice asking him why his fixed deposit (FD) submitted with the court should not be forfeited. Read More
Vice President Jagdeep Dhankhar Saturday was at the inauguration of the Harijan Sevak Sangh’s ‘Sadbhavana Sammelan’ which is commemorating the organisation’s 90th anniversary.  The Union government’s sabka saath, sabka vikas slogan is Gandhian thought, Dhankhar said. “What the government says, sabka saath sabka vikas, sabka vishwas, sabka prayaas is Gandhian thought. This is not political, this is national. This is rising above politics,” he said. 130 mm of rain brought the Millennium City to its knees, with water inundating several roads and the expressway, throwing traffic into disarray.
Behind the mayhem, experts say, is a drainage infrastructure unable to withstand such a high intensity of rainfall. Gurgaon, which is located at foothills of Aravallis, earlier had hundreds of water bodies, lakes and bunds (embankments) in low lying parts, which acted as natural drainage columns by storing water and preventing flooding. Over the years, urbanisation and concretisation has taken place either on top or in the route of natural drains, blocking the natural course of water. According to a report of district administration from 2018, Gurgaon had over 640 water bodies in 1956, which reduced to 251 by 2018. Read More 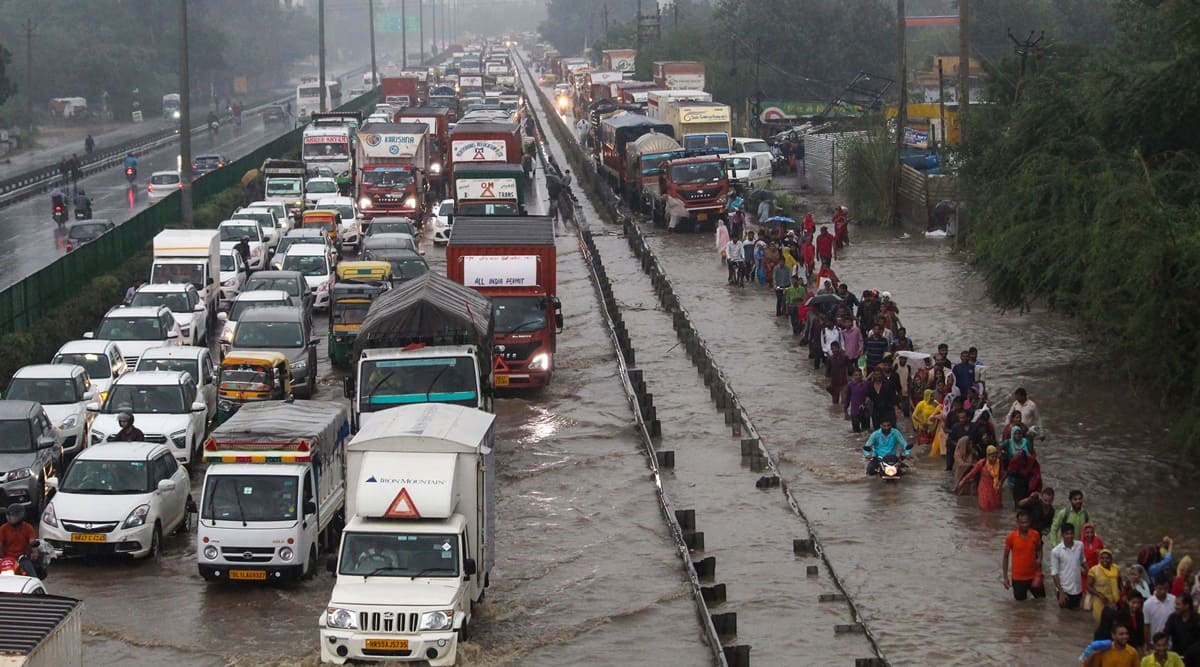 The Appointments Committee of the Cabinet has approved the name of Dr M Srinivas as the next Director of the All India Institute of Medical Science (AIIMS). He is currently the Dean of ESIC, Medical College & Hospital, Sanathnagar, Hyderabad.
The Delhi Disaster Management Authority (DDMA) has decided to stop levying the Rs 500 fine for not wearing masks in public places from October 1, given that Covid infections in the national capital have declined steadily.
“Covid cases have dropped drastically in Delhi and the situation is better than earlier. Keeping all this in view, it was decided to do away with the mask fine. However, it doesn’t mean the people need not follow rules; they should continue to wear masks. This will come into force once an official order comes,” an official said. According to the official, the decision was taken at a Covid review meeting attended by Lieutenant Governor Vinai Kumar Saxena, Chief Minister Arvind Kejriwal and senior officials on Thursday.
Delhi Police Commissioner Sanjay Arora has asked six DCPs in the city to give a presentation on Friday on strategies to prevent communal riots in the national Capital.
On Thursday, a mock drill was conducted by one of the DCPs in North West district’s Jahangirpuri area where communal clashes broke out on April 16 this year following a Shobha Yatra organised to mark Hanuman Jayanti. It was the first major communal flare-up in Delhi since the February 2020 riots in North East Delhi, which left 53 people dead and many more injured. (Read more)
Data collected as part of recent drone surveys conducted at the Ghazipur and Bhalswa landfill sites have found that the actual area occupied by the landfills is larger than what the Municipal Corporation of Delhi (MCD) had earlier reported.
The drone survey records from June this year were presented as part of reports submitted before the National Green Tribunal (NGT). According to the Ghazipur landfill drone survey report, the actual site area is around 75 acres. “As per the records/reports available and discussions with MCD officials, the site area of SLF (sanitary landfill) Ghazipur is reported as 70 acres,” the report noted. The site area of the landfill at Bhalswa was found to be 78.5 acres during the survey, while the MCD had reported it to be 70 acres, according to the survey report. (Read more)
Haryana Congress leader Bhupinder Hooda on Friday met Congress interim president Sonia Gandhi in Delhi. In a statement to news agency ANI, he said. “In our meeting today, we spoke about the party and how to strengthen it.”
“She said that she has a neutral stand regarding the congress president election,” Hooda added.
Haryana Congress leader Bhupinder Hooda to meet Congress interim president Sonia Gandhi in Delhi, shortly