Parsing the ‘electric cars won’t save us’ debate – BikePortland.org 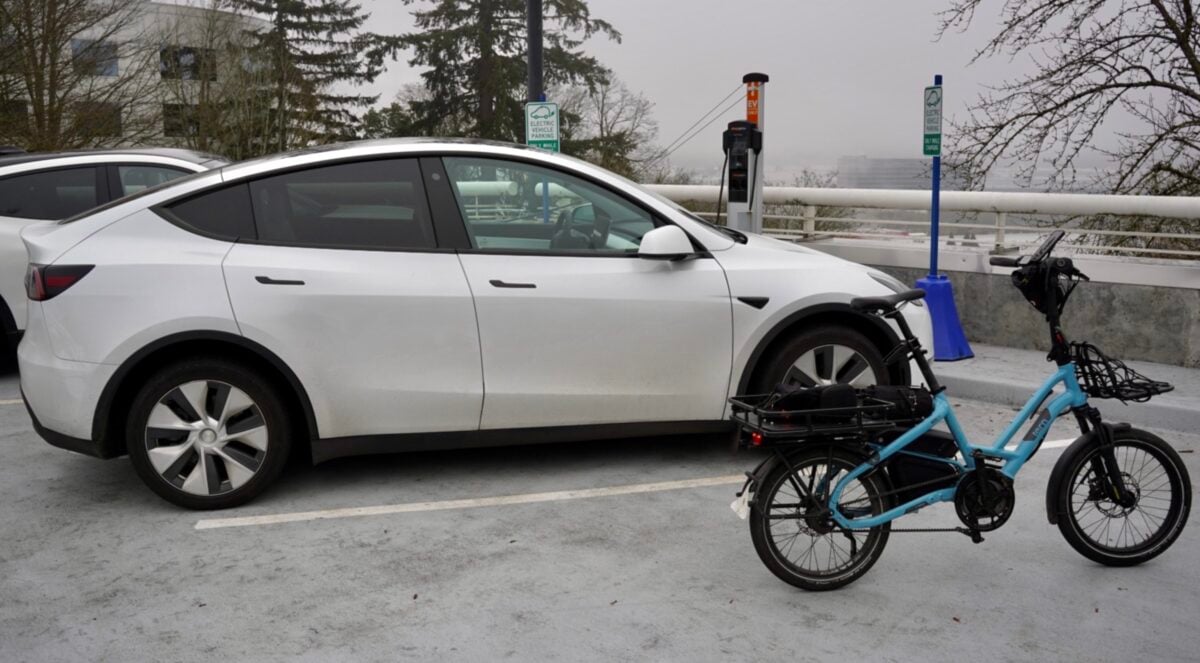 An e-car and an e-bike parked at Adidas corporate headquarters in north Portland.
(Photo: Jonathan Maus/BikePortland)

An e-car and an e-bike parked at Adidas corporate headquarters in north Portland.
(Photo: Jonathan Maus/BikePortland)
Electric cars are having a moment. Ford just announced a $20 billion investment to make the shift to electric, and more big auto names like General Motors, Volvo and Jaguar are all lining up behind star player Tesla to announce they’ll go fully electric in the next 20 years.
But as e-cars (also known as EVs) have been heralded as the key – or at least a key – to a future habitable planet, there’s also been rising skepticism and concern in some corners that we’re overly focused on e-cars at the expense of non-car EVs like bicycles and other vehicles.
All transportation reform and climate activists can agree that in order to combat the climate emergency, we need to stop burning fossil fuel in gas-guzzling cars – stat.
There is a fissure, however, in how that should be done. Should we electrify the American car fleet, or work towards ending car culture by encouraging bicycling, walking and mass transit? Are these two plans of action mutually exclusive? Are we spending too much political capital on the former at the expense of the latter?
Many people involved in transportation activism think our society’s reliance on cars, regardless of what makes cars go, is entirely antithetical to a thriving and successful city.
Meanwhile, some electric vehicle proponents see themselves as critics of what that reliance has led to so far, but doubtful that an entire status quo can change in time.
Advertisement
“It’s important to fight the dominance of the car. But we can’t wait 50 years to hopefully win that battle.”
— Jeff Allen, Forth
“I’m not anti-electrification, but we have to do so much more than that.”
— Sarah Iannarone, The Street Trust
Here in Portland, Sarah Iannarone, executive director of The Street Trust, an organization that advocates for non-car transportation, has has spoken up about her skepticism of the warm EV embrace.
In an article Iannarone wrote for ‘The Oregon Way’ blog in November, she discussed the harm of the Oregon Department of Transportation’s controversial Interstate Bridge Replacement Project (IBRP), and proposed alternatives like building out the Oregon Bicycle and Pedestrian Plan and increasing local and regional transit and active transportation infrastructure.
In the article, Iannarone also makes the remark that “EVs won’t save us,” contextually meaning that the existence of electric cars isn’t a justification for large-scale freeway expansions like the IBRP.
In an interview with BikePortland, Iannarone expanded on that idea.
“Policymakers around the world are all seeking quick fixes [to the climate crisis],” she said. “I’m not anti-electrification, but we have to do so much more than that.”
[E-bikes not represented in statewide ‘transportation electrification’ project]
“EVs won’t save us” has become a common refrain from people asking for more attention on transportation reform that’s not related to cars. To people involved in electric vehicle advocacy, however, the remark is reductive.
Jeff Allen is the executive director of Forth, a Portland-based nonprofit that’s stated goal is to “electrify transportation by bringing people together to create solutions that reduce pollution and barriers to access.”
Forth has mostly done work related to electric cars (its name used to be Drive Oregon), advocating for more EV charging stations and rebates as well as EV carshare programs. But Allen says he is a proponent for other modes of sustainable transportation too, and Forth has participated in campaigns to popularize shared micromobility devices like the Biketown e-bikes.
In a public response to Iannarone’s claim that “EVs won’t save us,” Allen pushed back on that mantra by providing statistics on the environmental benefits of electric vehicles and he expressed concern with what he sees as animosity toward EVs from other clean transportation activists, saying everyone involved in the transportation reform movement needs to “learn to work together” and “stop forming circular firing squads.”
Allen cites the statistic that EVs reduce carbon pollution by 60% to 80%, completely eliminating toxic diesel exhaust and polluting tailpipe emissions. This number is hard to pin down because electricity is sourced differently in different parts of the country, but yes, EVs certainly pollute less than gas cars, and have the potential to be even more efficient.
In the Oregon Way article, Allen cites a Bike Portland article that he claims says we’re “paying ‘too much attention’ to electric cars.” Taken in context, our statement in the article only indicates the state and federal governments are paying too much attention to electric cars when comparing that attention to the focus on electric bikes – an important distinction to make when having this dialogue.
Given the dominance of the car in American society, it’s hard to imagine that bike and public transit advocates saying “EVs won’t save us” will do much damage to a national embrace of electric cars. If we aren’t electrifying cars fast enough – and we’re not – it’s because of the chokehold greenhouse gas companies still have on the private and public sector, not radical bike activists.
We’ve written about why the difference in perception between electric cars and electric bikes matters. While EV-car rebates offers continue to rise in many states, EV-bikes are getting a lot less attention.
Data suggests that the majority of car trips are less than six miles long. Many people who are driving those short distances could very feasibly switch their mode of transportation to an e-bike. But it’s not seen as a viable alternative.
“We’ve been advocates for electric bikes from day one. And we talked to legislators about including an incentive for electric bikes. They literally laughed us out of the room,” Allen said in an interview with BikePortland. “Most elected officials don’t see bikes as transportation in this country. And it’s not a trade-off. We couldn’t have said ‘Oh, instead of this electric car rebate, we’d really like you to give us an electric bike rebate.’ We would not have gotten that.” 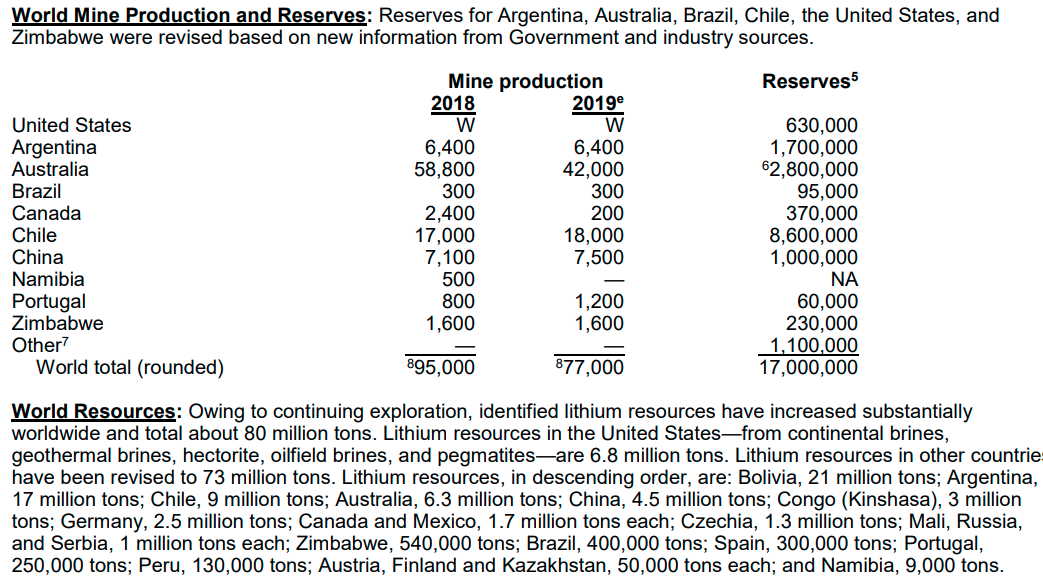 Owing to continuing exploration, identified lithium resources have increased substantially worldwide and total about 80 million tons. Lithium resources in the United States—from continental brines, geothermal brines, hectorite, oilfield brines, and pegmatites are 6.8 million tons.
…we’ll have to mine that much again a second time in 10-20 years when those batteries need replacing
Recycling:
Recycled Lithium-Ion Batteries Can Perform Better Than New Ones
LITHIUM-ION BATTERY RECYCLING FINALLY TAKES OFF IN NORTH AMERICA AND EUROPE
Full disclosure I own a used 1st generation Leaf that I bought when there were thousands of formerly leased Leafs languishing on auction lots. I personally have absolutely no need for any kind of cage and almost every mile driven replaces the fossil fuel use of friends/family.
The average curb weight of an EV is lower than that of ICE automobiles and the weight of batteries is expected to fall sharply as battery energy density continues to increase. There is also no reason that the curb weight of EVs cannot plummet once governments stop subsidizing monster SUVs/trucks and the use of metals for frame and component construction.
And then factoring in the loss of revenue from gas taxes
The absolute horror of less gas consumption!!! I’ve always viewed much of this anti-EV rhetoric as rooted in internalized pro-fossil fuel bias. Thanks for illustrating this so clearly.
Lithium and Cobalt that will need to be mined to meet demand is an environmental can of worms
Use of cobalt for lithium battery cathodes is being rapidly phased out. (And about @#$%ing time.)
https://www.cnbc.com/2021/11/17/samsung-panasonic-and-tesla-embracing-cobalt-free-batteries-.html
Secondly, mining lithium is less of a can of worms than the massive amounts of mining necessary to support manufacture and use of internal combustion engines. Moreover, the idea that we are incapable of further reducing impacts of mining by recycling is a nihilistic position. It should also be noted that anti-lithium rhetoric is being used to oppose battery storage which is essential for decarbonization of our energy grid in the medium-term. I understand why one would be opposed to “cages” but anyone repeating shallow and uninformed anti-battery rhetoric is carrying water for the fossil fuel industry.
Reducing new mining for electric vehicle battery metals: responsible sourcing through demand reduction strategies and recycling
Do you have any specific stats to cite that EVs weigh less than equivalent ICE cars? A current Tesla Model S has a 100kWH battery, and weights roughly 2,200 kg. Which I guess is roughly equivalent to an Audi A7. (1,910 kg). That is a smaller difference than I would have thought – fair enough.
There also is no reason curb weight of vehicles won’t continue to climb, I mean a lot of that is more consumer driven than anything. Americans love huge stupid cars, not sure how to solve that unfortunately
The lack of revenue from gas taxes is not an “internalized pro-fossil fuel bias”. It is a financial reality. Realistically the government should probably be setting up charging stations and charging and equivalent tax on their use to make up that loss, but some straightforward government owned solution like that would be “communist” and then we would lose the cold war or something.
An actual internal combustion engine is primarily made from cast iron or aluminum, both of which are much more naturally abundant than Cobalt and Lithium and also are the two most recycled metals in the world already. Also, the materials used in an internal combustion engine are used for countless other things – EVs pretty much are the sole driver of both Lithium and Cobalt production worldwide right now
Lithium IS ABSOLUTELY NOT essential for the de-carbonization of the energy grid in any term. Lithium Ion batteries have a ton of issues for longer term storage (like cycle degradation, flammability, etc.), and aren’t even remotely competitive with something like pumped hydro (which already accounts for 95% of energy storage capacity today).
Yes – I am generally skeptical of lithium ion batteries as a solution to climate change. They have real drawbacks, and pointing them out does not mean I am “carrying water for the fossil fuel industry”. Reducing reliance on fossil fuels matters a lot to me – I just don’t think EVs are the best way to do it. I think active transport and public transit are much smarter investments on both the macro and micro scale for reduction of emissions.
I hope that at some point you will be more receptive to essential mitigation pathways described in the UN IPCC scientific consensus (SR 1.5 and AR6). 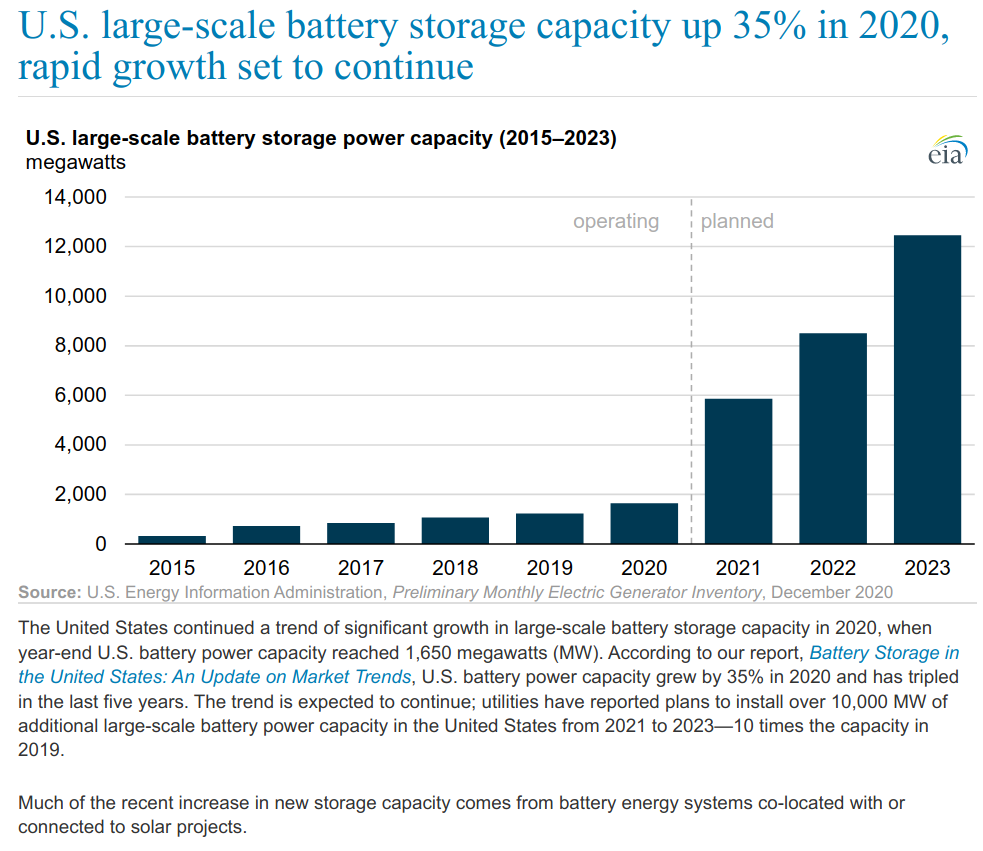 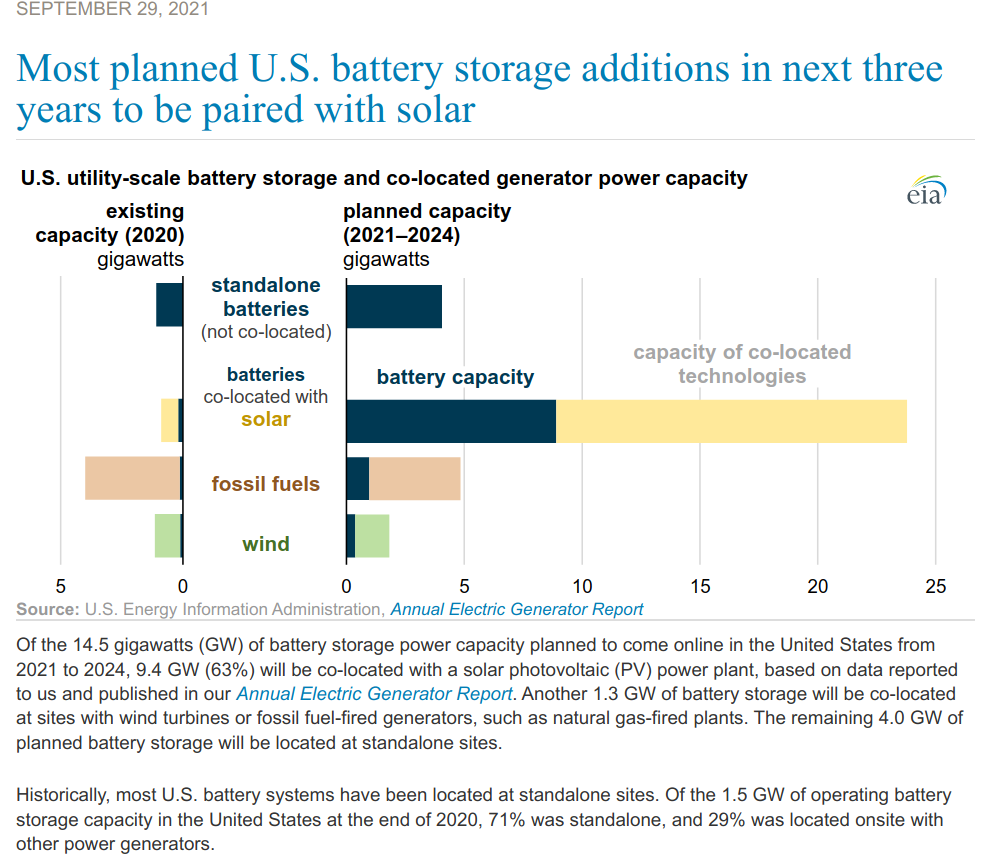 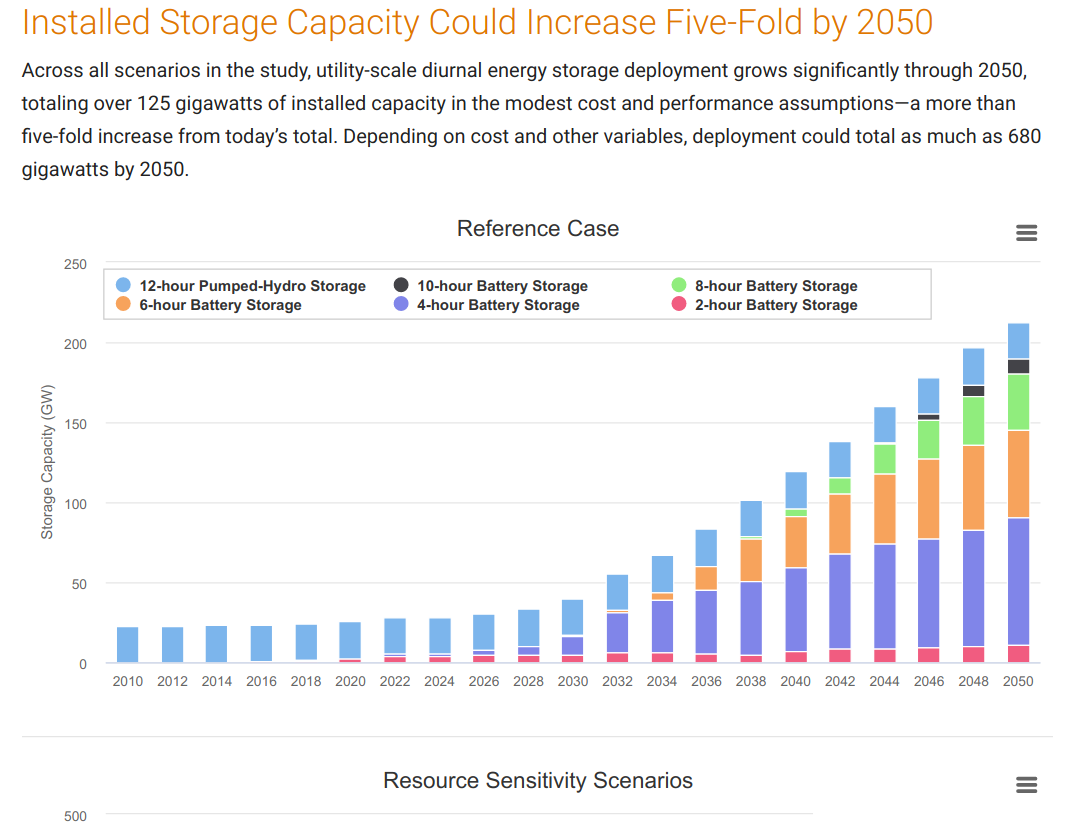 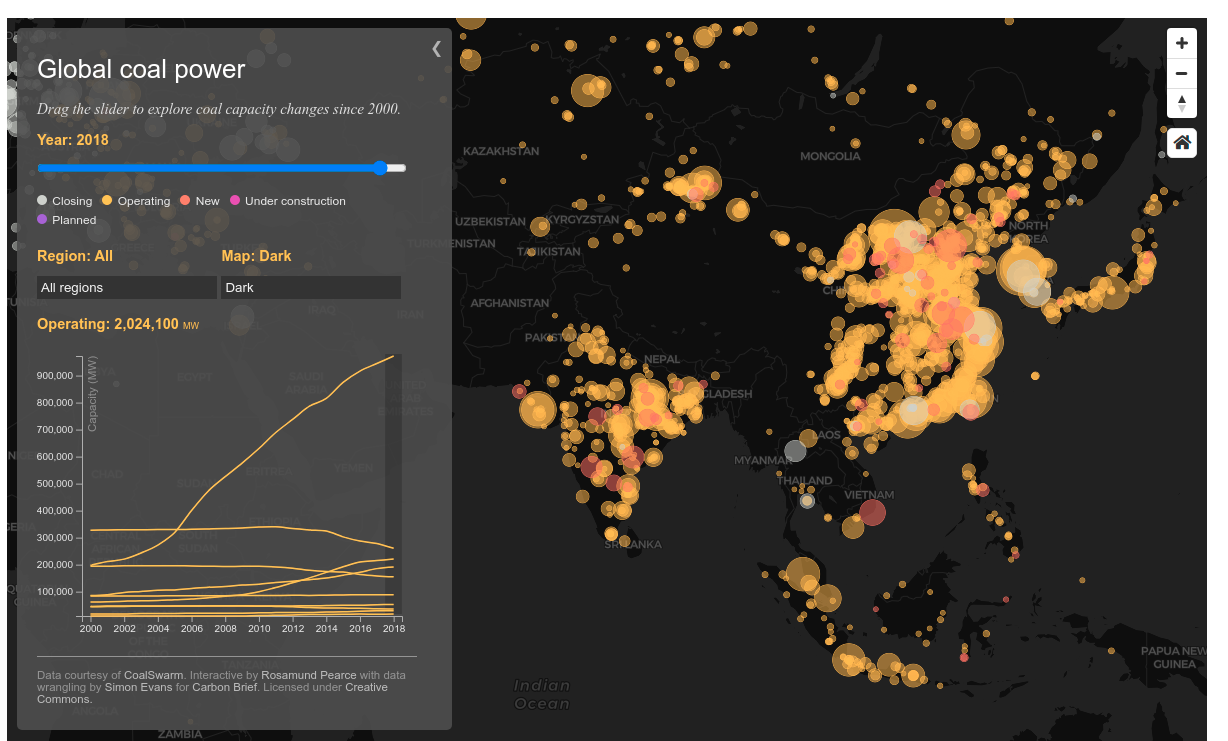 The negative externalities of our Fordist overconsumption are exported to low-income nations where they not only contribute to ecocide but are linked to millions of unnecessary deaths (NOx and SOx from industrial sources). 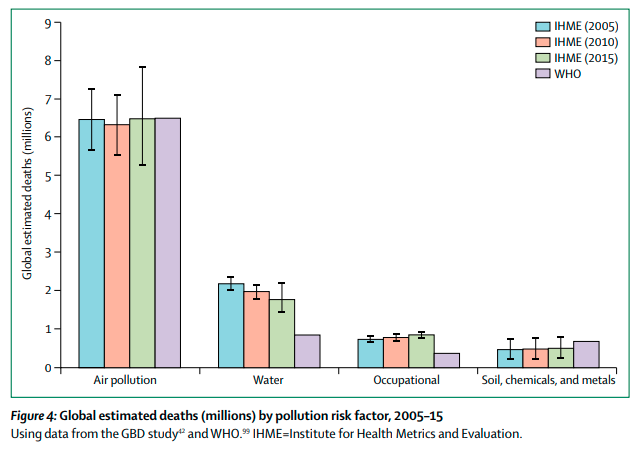 A venn diagram showing the GHG emissions profile of C40 cities (Portland is a signing member): 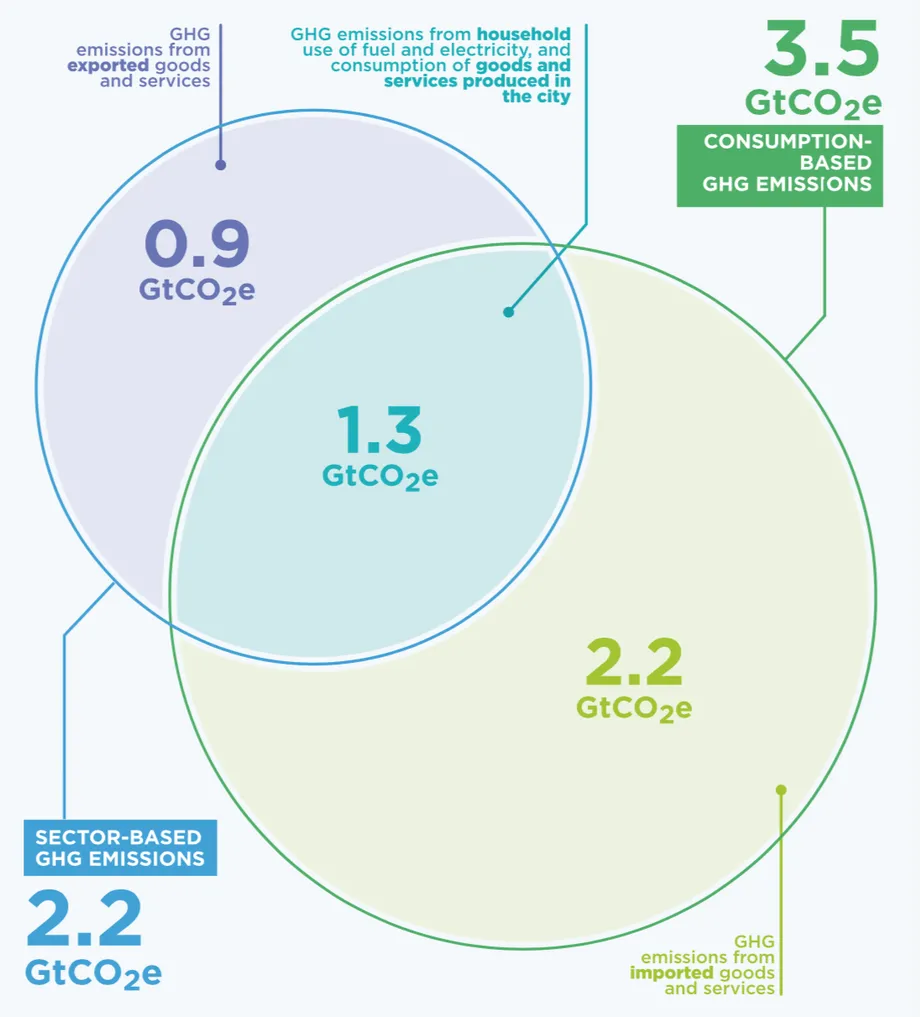 Consumption emissions from goods, food, and services are huge — and politically explosive.
The majority of Portland’s GHG emissions are consumption-based emissions but this climate-science denying city has refused to even inventory these emissions since 2011. The unwillingness of city staff and associated non-profit staff to even address this issue infuriates me. If consumption emissions are not a central part of your orgs climate advocacy, I want nothing to do with it.
PS: The OR DEQ infrequently reports consumption-based emissions and they are, of course, rocketing upwards: 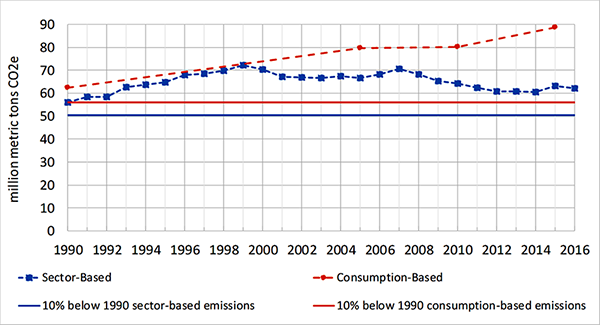