Electric vehicles have a dark side too: Blood batteries and child labour – Down To Earth Magazine

The Democratic Republic of the Congo, a country that is among the poorest on the planet, is paying a heavy price for the global green energy revolution

Climate action is the new buzzword and why shouldn’t it be? One world is all we have and our world is at risk. Countries, corporations and citizens claim they are doing everything they can to combat climate change.
Green energy is touted as one of the best solutions. We are replacing coal with hydroelectric power, fossil fuels with solar energy, petrol and diesel cars with electric vehicles (EV).
EVs are being pitched as cleaner, greener and sustainable. But are they?
What is clean for the environment, may not really be clean. Under the shiny exteriors of an electric vehicle lies a shocking story of blood batteries, extreme poverty and child labour.
Electric cars use batteries. You know that. But do you know that lithium and cobalt are rare metals that make up these batteries. The cobalt in the battery keeps it stable and allows it to operate safely. It is a bluish-gray metal. It is found in the earth’s crust or what we call crustal rocks.
In addition to its use in jet turbine generators, tool materials, pigments and smartphone batteries, cobalt is also used in lithium-ion batteries. Cobalt is used in about half of electric cars, which is about four to 30 kilograms per battery.
It is found all over the world in countries such as in Australia, Canada, China, Cuba, South Africa, the United States and the Philippines. But 70 per cent of the total supply comes from one country, the Democratic Republic of the Congo (DRC).
Let us take a closer look at this country.
DRC is the second-largest country in Africa, with a gross domestic product of $49 billion. It is synonymous with conflict, poverty and corruption. The world’s largest cobalt deposit is beneath the red earth of the DRC. Some 92 million people live in the DRC and two million rely on cobalt production. They are called Négociants.
Cobalt is mined in two ways in the DRC: Industrial (large-scale mining) and artisanal (small-scale mining). So what is the difference between the two?
There are no labour laws or safety protocols governing artisanal mines in the DRC, where 20-30 per cent of the country’s cobalt is mined. These mines employ some 200,000 miners, according to Transport & Environment, a European clean transport campaign group. At least 40,000 of them are children, some as young as six years old, according to the Wilson Centre, a US non-partisan policy forum.
These children flirt with death daily. They enter vertical tunnels that are too narrow for adults to enter. The children in the mine dig for cobalt under inhumane conditions in a furnace-like environment.
Although they sometimes use shovels, they typically dig with their bare hands. They are not provided with masks, gloves, work clothes and may only be provided with 20 minutes of oxygen at a time. Yet, these young children dig for hours.
Upon digging the rock, they crush it, wash it and then take their finds to the market in order to sell them. How much do these children make? Sometimes as little as a dollar.
Cobalt is a multibillion-dollar industry estimated to be worth $17.39 billion by 2027, according to Statista, a German company specialising in market and company data. But this money never reaches a child who is spotting and extracting the metal. In the poverty-stricken DRC, even a dollar is worth risking one’s life for. Many die trying to make this money.
ABC News recently profiled a mother who lost her 13-year-old son to a mine accident. He told his mother he was going to the market to buy coal so she could cook. But he went to a cobalt mine to earn some extra money for the family. After the mine embankment collapsed, the 13-year-old was never able to return home.
In the DRC, at least 80 artisanal miners died between 2014 and 2015, according to UN-run radio station Radio Okapi. In 2019, an accident killed 43 miners. Siddharth Kara, global professor at the British Academy, estimates 2,000 illegal miners die in the DRC every year. Many suffer permanent lung damage, skin infections and other life-changing injuries.
In 2019, some Congolese families sued Tesla and other companies for aiding and abetting the deaths and injuries of children. The suit particularly dealt with a child named as John Doe One.
Since the age of nine, John had worked as a human mule, carrying bags after bags of cobalt for just $0.75 a day. During a work day, John fell into a tunnel.
He was dragged out by fellow workers. But John was left alone on the ground, and when his parents discovered the accident, they rushed to the mining site, but it was too late. The doctors say John will never be able to walk again because he is paralysed.
Why do children work in these high-risk mines? Because of poverty and a desire to escape it. Congolese families are betting big on cobalt. It’s like their crypto, their chance to make it big.
Metal demand has tripled over the past decade and is expected to double again by 2035. EVs are driving this demand. According to reports by the International Energy Agency, EVs sold more than 6.5 million units worldwide in 2021. The number is expected to reach 66 million units by 2040. Therefore, 66 million multiplied by 30 kilograms of cobalt.
According to the World Bank, the demand for cobalt will increase by 585 per cent by 2050. The Congolese people wish to ride this wave and escape poverty. For them, sending their children to the mines is not a choice but rather a necessity.
Many of these children end up working as artisanal miners or as informal workers. Although they are not employed by any company, several companies queue up to purchase their fines.
China and the DRC
The vast majority of companies dealing in blood batteries are Chinese. 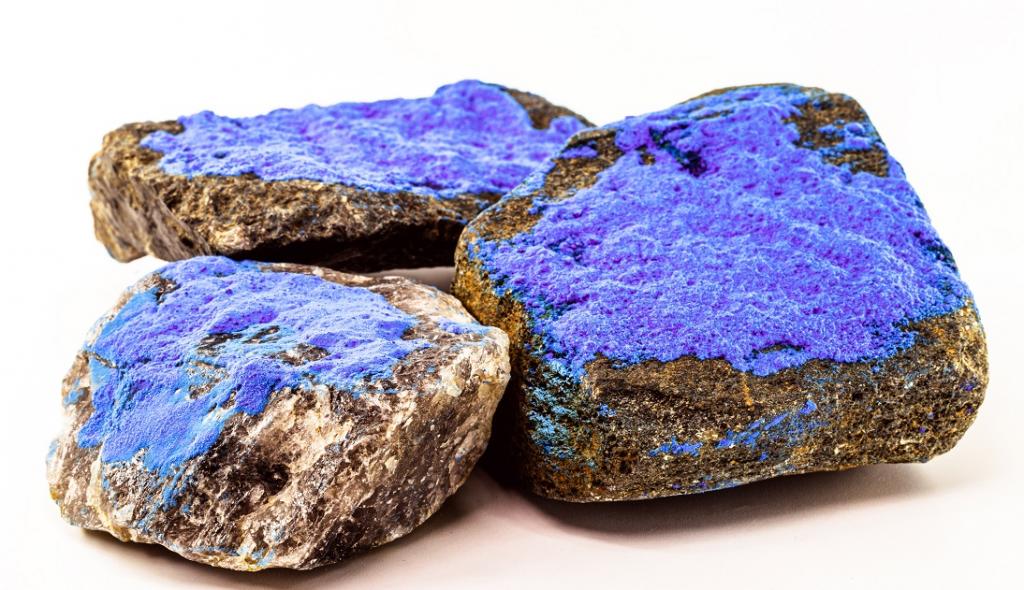 Cobalt. Photo: iStock
By far, the largest producer of refined cobalt is China, with 66 per cent, followed by Finland (10 per cent), according to Mining.com. In the last 15 years, Chinese companies have bought out North American and European companies mining in the DRC, according to the New York Times. As of last year, Chinese companies owned 15 of the 19 industrial mines in the DRC.
China has promised the DRC billions of dollars in investment in the form of infrastructure, schools, and roads in exchange for Congolese cobalt. This is yet another example of how stories involving China never end well.
In today’s world, China is leaking blood cobalt into the supply chain for electric vehicles. Chinese companies are purchasing cobalt from children in an effort to encourage them to engage in the trade in blood batteries.
The Congo Dongfang International Mining SPRL is one of the largest cobalt processors in the country. It is a subsidiary of Zhejiang Huayou Cobalt Co Ltd, a Chinese company. Huayou provides Cobalt to electric car manufacturers such as Volkswagen.
About 40 per cent of Huayou’s cobalt comes from the DRC. In 2016, the Chinese company was identified by a non-governmental organisation as a child labour benefactor. Huayou promised to clean up its act, but nothing changed on the ground.
In China’s large-scale industry, workers are abused, discriminated against, beaten and forced to work without contracts and adequate rations. If a worker dies, the Chinese keep the corpse hidden and bribe the family to keep quiet.
It is your electric vehicle that is killing people even before it reaches the road. Did you sign up for this?
The world’s largest automakers are complicit in these crimes, including Tesla, Volvo, Renault, Mercedes-Benz and Volkswagen, who all source cobalt from Chinese mines in the DRC. While they may claim to have a zero-tolerance policy on child labour, they are also aware that there is no way to map their entire supply chains.
Back in the DRC, President Felix Tshisekedi promised to act in 2019 and established a state-owned company, Entreprise Générale du Cobalt, aimed at promoting health and human rights.
But that does little to help when Congolese officials are accused of overseeing child labour. Tesla announced in 2020 that it would begin using cobalt-free lithium-ion batteries in its electric vehicles, but shortly thereafter, struck a deal with Glencore, a cobalt mining company and the deal was for 6,000 tonnes of cobalt per year, according to Bloomberg Quint.
EVs thus run on dirty energy, on blood batteries and this is not a climate solution. This is human rights abuse and the two cannot co-exist. A climate solution should not be at the expense of human life. Long story short, electric vehicles have a long way to go before they can claim to be clean.
We are a voice to you; you have been a support to us. Together we build journalism that is independent, credible and fearless. You can further help us by making a donation. This will mean a lot for our ability to bring you news, perspectives and analysis from the ground so that we can make change together.
Comments are moderated and will be published only after the site moderator’s approval. Please use a genuine email ID and provide your name. Selected comments may also be used in the ‘Letters’ section of the Down To Earth print edition.
Down To Earth is a product of our commitment to make changes in the way we manage our environment, protect health and secure livelihoods and economic security for all. We believe strongly that we can and must do things differently. Our aim is to bring you news, perspectives and knowledge to prepare you to change the world. We believe information is a powerful driver for the new tomorrow.
© Copyright Down To Earth 2022. All rights reserved.