The Delhi government has ordered its departments to replace all hired ICEs with electric vehicles within the next six months. Local media reports the campaign as part of the ‘Switch Delhi’ initiative.
It appears that the electrification is an order issued by the Special Secretary (Finance), the Delhi government. The Indian outlet News18 quotes the Delhi Electric Vehicle Policy. “The competent authority has decided that all departments, autonomous bodies and grantee institution of the government of NCT of Delhi shall shift their existing hired petrol/diesel/CNG vehicles to electric vehicles (EVs) through a lease/hiring model within a timeframe of six months and procure new electric vehicles against condemnable IC Engine Vehicles.”
How to do this remains open at this stage and may be a challenge given the comparably low availability of electric vehicles in India. (The image shows an EV by Tata.)
The City does appear to mean it, though, as the transport department of Delhi will monitor the progress of the transition. The report also mentions an obligation for all the departments to produce monthly action reports on their EV reliance by the 5th of every month.
Commenting on the development, News18 quotes Deputy Chief Minister of Delhi, Manish Sisodia, saying that departments will replace over 2,000 petrol and diesel vehicles with electric vehicles.
“It is the dream of Chief Minister Arvind Kejriwal to make Delhi a pollution-free city. The decision that all government departments will shift to electric vehicles is a historical one. Delhi will be the capital of the world where all government departments switch to electric vehicles for road travel,” Sisodia said.
More precisely, Delhi may join the ranks of cities doing so. New York City just reported its progress in fleet electrification while other cities in Europe work along with similar policies.
news18.com
– ADVERTISEMENT – 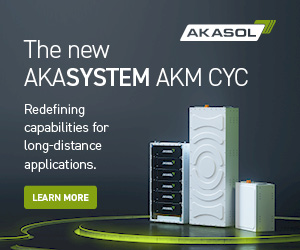 Subscribe to “electrive today” by
entering your email below. Our
newsletter is published every
workday – short, to the point,
and free of charge. Made in Germany!

electrive.com is a news service
for decision makers in the
electric mobility industry.
The industry-facing website
builds on the email briefing we publish
every workday since 2013.
Our mail-out and online service cover
a wide range of relevant stories and
developments in electric transport
across Europe and beyond.